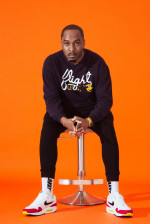 ★★★★ ‘Observational comedy at its finest’ The Independent

Dane Baptiste was the first black Briton to write a sitcom on the BBC in 20 years, and the first to ever receive an Edinburgh Fringe nomination.

A guy once racially and dubiously asked me “what ghetto are you from”  when I enquired as to who he thinks he is, he showed me his stag T-shirt. He was supposed to be “sperm donor” but spelled it “sperm doner” as in “c*m kebab”. After that I remember the night going well for me and not so much for him  when his fellow stag said “he’s got you there Phil” he genuinely foamed at the mouth in ‘loss of dignity’ rage

Lots of places! Central is amazing for cuisine. There’s the noodle bar in Leicester Square and Jollibee’s Indonesian fried chicken is great. Soho house is normally a nice place to hang out as my metabolism during showtime needs me close to adequate plumbing facilities if you catch my drift. I don’t wanna poo just anywhere basically

ME! But I would also say Sarah Levine and Michael Odewale who opened for me on tour, they’re about to be very very big

I think it has influenced my approach  we’ve had a global shared experience that has made us all feel isolated and cerebral, so I’ve written material to help audiences feel comfortable being this deep in the stream of their own consciousness. Also more stuff about streaming and peloton bikes!

White Supremacy/Cognitive dissonance. A way of thinking more than a person. I consider myself a very truthful that peels back the veneer that hides the underbelly of western civilisation and ideology, and some people choose to ignore the truth, because it’s sets people free.

“You know what the scariest thing in America is? A brother with a library card”- Brother Mouzone, “The Wire”

Christmas time I think. Sometimes people forget that while your entertainers  may tell you cocaine is part of the game, frolicking in the “snow” at Christmas is gonna lead to you being on the naughty list.

This amazing crocheted guy has an anatomically accurate penis. What more can I say? 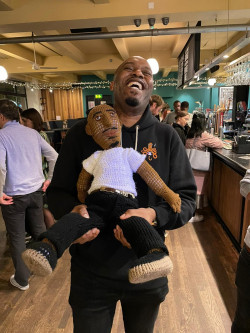 I enjoy it all to be honest for different reasons! My precious tour took me to sell out shows in Australia, UAE and Belgium. I just love taking it around the world. So I guess, planet earth?

In perfectly legal ways with substances that do not require scrutiny and are THIS close to being decriminalised. With some cookies

Getting angry is okay sometimes. Just gotta direct that at the right things is all.

That THEY have the power to change their current reality. That they are the people who are responsible for society being good or bad, and that their rulers are beholden to them, not the other way round. God is love, drink water, be nice to children and animals.

Fingers and long as legs. Probably could sort that in turkey with new hair more simply than leg extension surgery.

Baboon. Opposable thumbs means weapons and that means an advantage. I pray that the day this is offered on YouTube paper view is when we take stock of ourselves as a civilisation