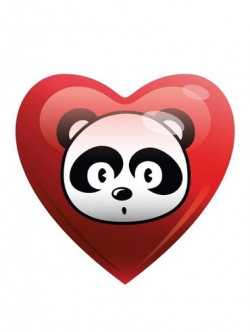 “The perfect way to close a night at the festival” ★★★★★ - The Funny Tonne, Melbourne International Comedy Festival

There was a time I was hosting and a comedian, Dave Chawner, went on dressed as a chicken for a laugh because there was a giant chicken suit prop backstage. A little kid near the front row asked, "Are you Polish?". We thought he was being rude and maybe had some dodgy Brexity or racist parents or something and saying the Polish were weird or chicken-like or whatever. After the show, we found out that a 'polish' is a breed of chicken! Smart kid.

At those West End prices! Are you crazy?! I bring a lunchbox! Alright, sometimes I do go to ChinaTown, Some lovely restaurants there. I love a bit of beef chow mein and salt and pepper ribs.

What’s one word to describe the state of the UK?
Embarrassing
Snog, Marry, Avoid - Priti Patel, Piers Morgan, Andrew NeilWell, being of the heterosexual variety, I guess I'd have to snog Priti. Marry Andrew Neil. No sex involved obviously, but political discussions could be quite good. Avoid Piers. And I'm saying that despite us both being Arsenal fans!

Who’s the best upcoming performer in the country that we haven’t heard of?Having not been around the new act circuit for a little while now, and certainly not during Covid times, it’s hard to say. But the other night, I hosted a charity show and a comedian by the name of Michael Fabbri was closing. He is excellent and highly underrated and should have a bigger profile. Think I might ask him to do a spot at the Shaggers Valentine’s Day show at the Leicester Square Theatre.
Has lockdown influenced your material? If not, why?Lockdown didn't influence my material much sadly. My material generally comes from real life experiences rather than chiseling out jokes, so without those experiences, there's very little inspiration. Although, after big gaps between performing, I was surprised at how nervous I became with regard to upcoming gigs after a long period of lay-off time. It reminded me of being a new act. But then the buzz of getting up there again was even more exciting and amazing.

Who would you describe as your arch-nemesis?
There are some very annoying people (and that's putting it mildly and poilitely) in the comedy industry, but I'd better not name them!
However, outside of the industry, the people who can never seem to get their heads round the fact that comedy is subjective. And more importantly, anybody who actually and foolishly thinks Wolverine, Batman or Captain America would beat Spider-Man in a fight.
When was the time you bombed the most onstage?
Torremolinos. May, 2018. I went to visit a friend in Spain, who I used to do shows for on the south coast in Havant and he talked me into performing at his friend's bar, against my better judgement. It was her birthday and she wanted a some live comedy for her guests.
Her guests being a bunch of drunk British and Irish ex-pats, half of which had come from a nearby wake for a recently deseased father. It was horrible. They really didn't give a toss about the comedy. Well, unless it was in some way sexist or racist from the 70s. Which I obviously don’t do.
I bombed hard, man!
And what made it worse was that there were mates there watching. The sort of mates that even if you have a good gig would tell you that were were shite. It really wasn't good and they’ve never let me live it down.
What's been you strangest fan encouter?
There was this time, myself and comedian matey Dharmander Singh, a Brummie who lives and runs shows in Berlin, were on a tour of Europe which started in Copenhagen. We went to the venue early and waiting outside was a woman all on her own, I'd say about 60-ish, who asked for our autographs. We dutifully signed away in her little book thinking she's bought a ticket and wanted to catch us early to get a keepsake before the show kicks off. But she never came to the show!

Where’s your favourite place to tour?
That's a tough one. I love visiting Scotland and the Highlands. Despite certain rivalries and historical and political tensions, I usually have an amazing time with our Scottish bretheren. Even the Glaswegians!
You know, like, I almost encourage them to boo me being English, but then point out I am half black Caribbean as well, so they can't boo that! Great fun lot, the Scots.
But for different reasons, I do love the weeks I spend touring all over Australia and Southeast Asia. Again, amazing audiences and of course fantastic weather and beaches. The Aussies are an amazing bunch for the banter, but Asia is ever-so interesting a place to visit.

How do you like to relax after a gig?The best times after gigs are when you can stopover somewhere and have a good hang out and drinks with the other acts and occasional sensible audience member, putting the world to rights and talking geek silliness. Much better than the usual long drives home.
What’s the one thing you want the audience to take away from your show?
Happiness and laughter. All that deep meaning and political stuff is fine so they go away having their thoughts provoked, but in the world of stand-up comedy fun and laughter is king. Or queen.

Who would win in a fight: Badger or Baboon?
A baboon is pretty frightening with those sharp teeth. If it was a honey badger, probably the badger. They've been know to face down and scare off lions. Proper fearless creatures and a thick hide which is hard to penetrate. So given baboons live in Africa and so do honey badgers, I guess it would be between those two.
However, if a baboon happened to be on holiday in the UK from the continent of Africa and encountered one of our chubby little woodlands badgers and the badger got a bit fresh and started up, I'd fancy the baboon to take that one.

What’s the oddest thing you’ve overheard in London?
I always find it odd and amusing when parents try to dispense wisdom to very small children like they’re grown-ups. The most recent one, a proper middle-class bloke about to board a plane saying, “I think aeroplanes are beautiful (slight pause)… examples of human ingenuity children…” His kids were like about four and five years old and couldn’t give a shit. They were more interested in just punching each other.